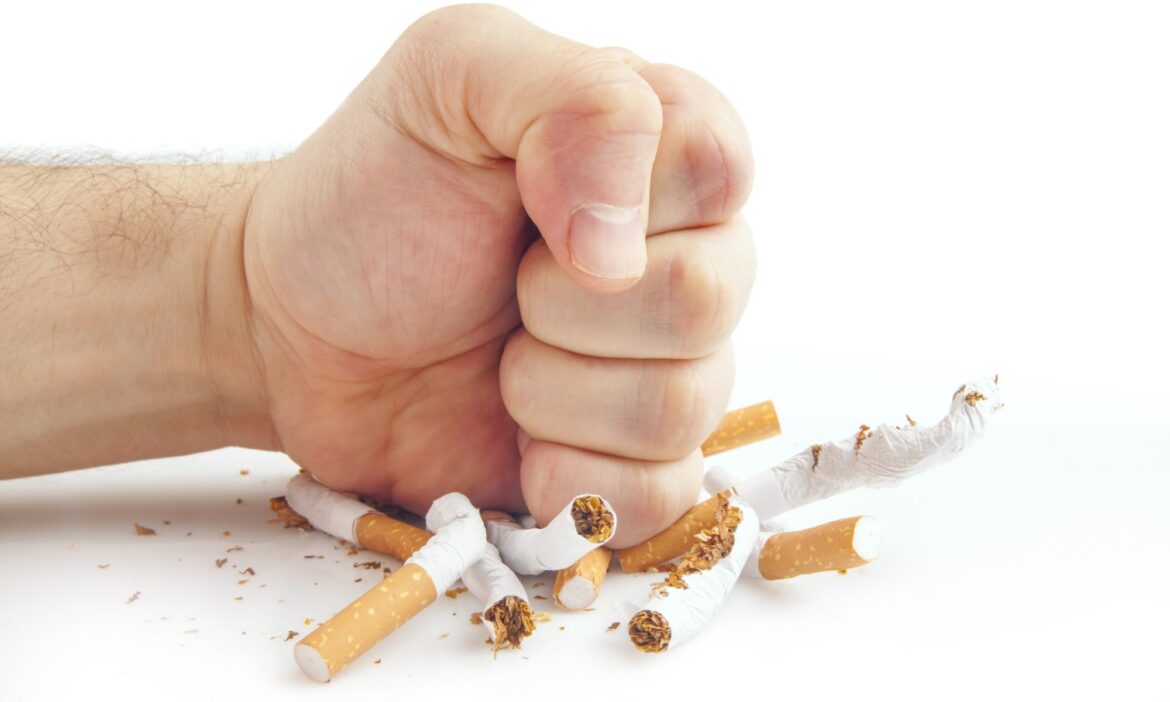 Although today nobody needs to be convinced about the harmfulness of smoking, there are still people who do not want to or are unable to quit smoking. For the latter, we have a few tips – thanks to them, saying goodbye “with a bubble” can become real.

Where did the cigarettes come from? The trail leads to South America

The first tobacco smokers were the Mayans, Aztecs, Caribbean and Mexicans. However, smoking was ritualistic for them and, therefore, was not available to everyone. It was mainly priests who smoked, not every day, but during rituals. Cigarettes started to smoke the Western world for good only at the beginning of the 19th century, and did not really become popular until the 20th century.

Back then it was difficult to talk about addiction, because American statistics from that period mention 54 cigarettes smoked per person per year, while only 0.5 percent. Americans smoked 100 cigarettes a year. With time, cigarette smoking became part of the canons of everyday life all over the world, it became a symbol of women’s emancipation (mainly the 20s and 30s) and one of the determinants of the freedom of life, as well as an element of fashion (the 70s and 80s). The harmfulness of cigarettes and their connection with lung cancer were first demonstrated by German doctors during the Third Reich. It was then that an extensive anti-smoking campaign was launched there, but it did not gain support in other countries.

Why is it so hard to quit?

Smoking is addictive. Nobody doubts this anymore. Everyone knows the risks associated with smoking, the havoc that nicotine and its derivatives cause in the body, and yet new adepts of the addiction appear all the time in the world. And almost every smoker asked himself at least once in his life the question “how to end it?”. Anyone who has ever smoked remembers the very unpleasant consequences of the first cigarette: nausea, pain and dizziness, disgust in the mouth, and sometimes diarrhea. However, the desire to “do like others” often outweighs unpleasant physical sensations. We reach out – out of curiosity, out of defiance, to impress the company – for another and another cigarette. And so we fall into an addiction with which it is not easy to break, especially since until the smoker himself finds out about the destructive effect of nicotine, he does not have enough motivation to act.

How to quit smoking Doctor’s advice

The most important factor in quitting smoking is motivation. In many cases, it is strengthened by health, aesthetic, financial reasons or concern for the welfare of the family. First of all, prepare yourself mentally to quit the addiction. Think about it positively, not in terms of “losing” something or having difficulties ahead of you. Make a list of all the reasons why you want to quit smoking. Read it for a few days before going to sleep. Find as many arguments as possible to convince you that you will gain a lot by quitting smoking, such as how much time you lose by taking a cigarette break, making long journeys to buy a pack of cigarettes, looking for matches that are lost somewhere. Get in shape. Before you quit smoking, start doing some sports, drink more fluids, avoid excessive fatigue and sleepless nights.

Set a date to start the drug addiction program. It could be, for example, “No Smoking Day”! Plan as many activities as possible for this day – it will keep you from thinking about cigarettes. Convince your friend to make a joint effort – it will be more fun and easier together. If you smoke more at work than at home, stop smoking while on vacation. Ask your loved ones for cooperation. If family members smoke, it is important not to smoke in your presence. Don’t limit yourself to reducing the number of cigarettes you smoke, stop smoking at all. Reducing the number of cigarettes is very illusory, after a short time, you will unconsciously go back to the previous dose. Throw cigarettes and lighters out of the house, hide ashtrays. Prepare a change box that you would spend on cigarettes. Don’t say you will NEVER smoke again. Say to yourself every day “I won’t smoke TODAY” and … keep your word! Congratulate yourself every day without a cigarette, and treat yourself to a little reward after the first week.

It has been scientifically proven that smoking in women has a different basis than in men. Women smoke to calm down, men smoke to kill boredom and for social reasons. Plus, women get addicted faster. Therefore, in both cases, anti-smoking therapy should be different. It is known that nicotine affects the centers of hunger and smoking a cigarette helps to prevent the temptation to eat a cookie or even a meal. Quitting smoking is often associated with weight gain, which is not without significance for women. They usually care more about a slim figure than men. Basically, however, the difficulties involved in quitting smoking are mostly of a psychological nature and are not solely related to nicotine addiction.