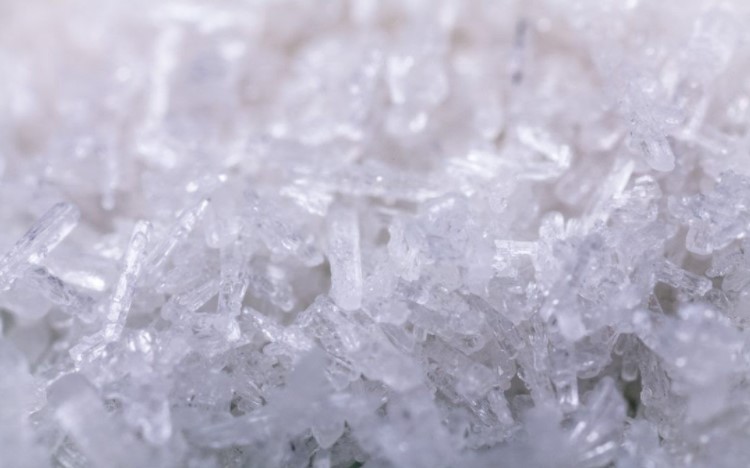 What are CBD crystals?

One of the many forms of cannabidiol (CBD) available is crystals containing 99% pure CBD. Like us, producers of crystalline CBD start their production by extracting raw hemp. But the product they obtain differs from the natural hemp extract as they deliberately remove all other beneficial chemicals contained in the extract. In the process, the producers of crystalline CBD lose the entire cannabis plant phytocomplex. All other non-psychoactive cannabinoids such as cannabigerol (CBG), cannabichromene (CBC) and cannabinol (CBN), as well as terpenes, flavonoids and other therapeutic substances are irretrievably lost.

The rationale behind a complete CBD purification phase has become obsolete. Until now, it has been believed that the more active chemical is used and the more purified it is, the better. Another rationale for the rogue manufacturers’ actions is to remove tetrahydrocannabinol (THC) for legal reasons, and the easiest way to achieve this is through the use of CBD crystals.

However, legal considerations aside, it is now known that not all natural chemicals work best when used as pure as possible. For example, it is enough to compare white, purified rock salt and less purified sea salt. Rock salt provides pure sodium chloride, while sea salt has a better taste and contains more minerals due to the presence of additional ingredients such as magnesium.

Why shouldn’t you use crystals in the production of CBD oils?

The chemicals accompanying CBD, such as terpenes and terpenoids, should not be removed from the extract. On the contrary, they should remain in their original form and proportions similar to those naturally found in cannabis plants. As with the magnesium in sea salt, the full spectrum of terpenes and terpenoids accompanying the cannabinoids in cannabis gives, among other things, better properties and flavor.

Most importantly, the full phytocomplex content of the hemp plant provides additional health benefits. The interaction between CBD and the action of terpenoids is known as the synergy effect. In oils produced from CBD crystals, this effect does not occur. CBD has a better effect on the body when it is in the natural environment of the chemical compounds found in cannabis, and not as a pure isolate.

This is why you will not find preparations made of CBD crystals in our offer. We know that an oil with a full spectrum of naturally occurring plant ingredients is the best. We do not use CBD crystals to produce oils or any other hemp preparations.

What is the synergy effect?

Israeli scientists have been at the forefront of cannabidol research for many years, beginning with the discovery of CBD by Raphael Mechoulam. This “father of cannabidol research” also put forward a synergy hypothesis that the entire cannabis phytocomplex works better than the individual components isolated from it.

In a recent research paper, scientists working at Hebrew University in Jerusalem conducted research on the anti-inflammatory and analgesic effects of an extract of the whole phytocomplex, which contained non-psychoactive cannabinoids and terpenes.

Scientists describe the “bell effect” of pure cannabinoid. The term “bell” refers to the action curve of cannabinoids. When administering a low dose of pure CBD, the anti-inflammatory and analgesic effect increases with increasing dose. When the cannabinoids reach a certain maximum effect within a narrow dose period. However, once it peaks, increasing the dosage of CBD actually lowers the positive effects of the compound.

Israeli scientists investigated the effects of an ethanol-extracted phytocomplex containing CBD, other cannabinoids and terpenes. Instead of the bell-curve effect found with pure chemicals, they found linear growth followed by constant linear relationships – e.g. at first, the body’s responses were proportional to the dose and then saturation. The researchers concluded that “It is likely that other chemicals in the extract have a synergistic effect with CBD to achieve the desired anti-inflammatory effect that may contribute to overcoming the” bell “response to a dose of purified CBD.”

According to the above studies, it is more beneficial for the body to not only use an oil containing a full phytocomplex, instead of that derived from CBD crystals, but also an oil containing other chemicals produced naturally by hemp, enhancing the effects of cannabinoids.